The SC7-B group has been working since 1996 on the development of a high-performance electromagnetic simulator based on full-wave solutions, therefore rigorous / exact. It is the simulator initially known as HEMCUVE, today called M3. This simulator has three characteristics that make it competitive: accuracy, speed and scalability. 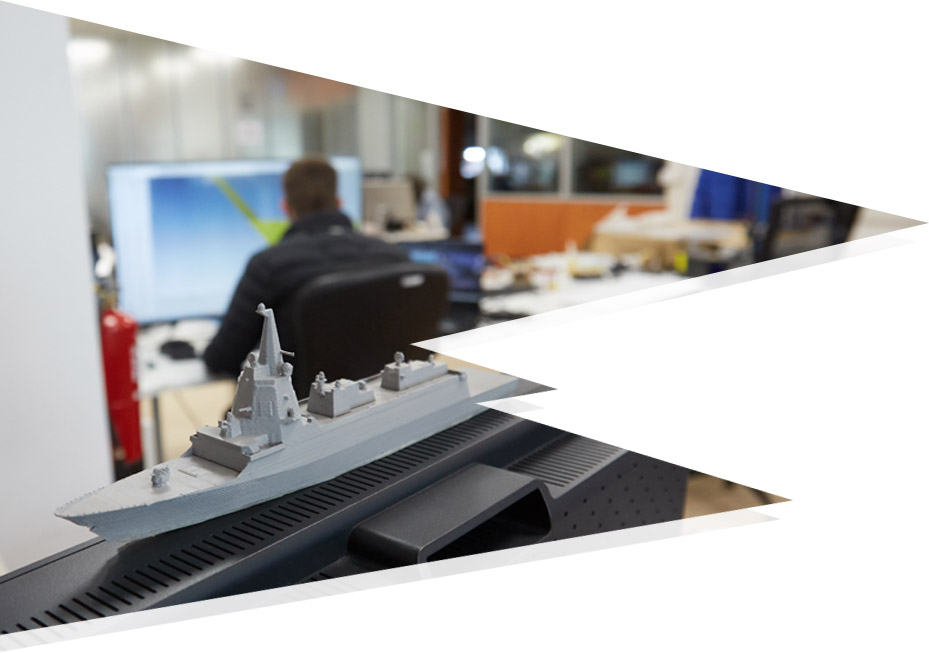 The M3 simulation software is based on the exact resolution of Maxwell’s equations in their integral form, which is the most exact and versatile alternative for solving electromagnetic simulation problems. M3 is, today, one of the most powerful, fast and accurate full-wave electromagnetic analysis codes in the world, having reached a position of prestige and leadership worldwide.

HEMCUVE / M3 has been awarded with scientific awards * of international relevance, for many years it held the world record in computational electromagnetism, reached in August 2010 by solving a real electromagnetic problem with more than one billion unknowns **. The precision / validity of the simulations carried out with the M3 code has been certified by the CEMEDEM (Center for Electromagnetic Measurements of the Navy) by carrying out various measurement campaigns on board various ships.

Here are some features that make M3 software such an advanced product:

It allows combining all the variants of the integral equations for electric and magnetic fields: T-EFIE, T-MFIE, N-EFIE, N-MFIE, JMCFIE, PMCHWT, CTF, CNF; which is essential to accurately model really complex problems, including a multitude of different materials and high levels of detail and operating in a very high frequency range.

Includes Multi-region (MR) base functions to ensure compliance with boundary conditions in regions of electrical contact between multiple materials. These functions avoid the appearance of spurious solutions that would reduce the reliability of the predictions reached.

It includes extraction and analytical evaluation of the singular and hypersingular integrals of the three-dimensional Green function and their spatial derivatives, which is a fundamental requirement to guarantee the precision / accuracy of the simulation.

It incorporates a very advanced domain decomposition algorithm based on an integral equation (Integral Equation Domain Decomposition Method, IE-DDM), which allows to effectively isolate and solve highly complex problems with a strong multiscale component, such as those necessary in real problems. In a real problem, different levels of complexity, level of detail and materials are combined.

The inclusion of the highly scalable MLFMA-FFT algorithm and its parallelization using the OpenMP standard and high-level MPI directives allow the effective use of large computing resources (clusters made up of a large number of high-capacity computing servers). This method of parallelization, which is considered one of the three most important advances in the application of high performance computing (HPC) to computational electromagnetism *, allows M3 software to efficiently and accurately solve extremely large problems, which is essential for the exact characterization of real problems of large electrical dimensions (dimensions relative to wavelength). It is precisely the high scalability properties of the M3 code provided by the MLFMA-FFT algorithm that allow this code to optimize the performance of the available computing resources.

M3 software is not a commercial product, it is a product that is in constant development, hence its high capacity and competitiveness. Its use is offered to industrial and productive sectors in SaaS mode.

It has been used successfully in numerous projects, highlighting, among others, the design of the electromagnetic fabric of the topside of the new generation ships of the Spanish Navy during the last 20 years (E3). 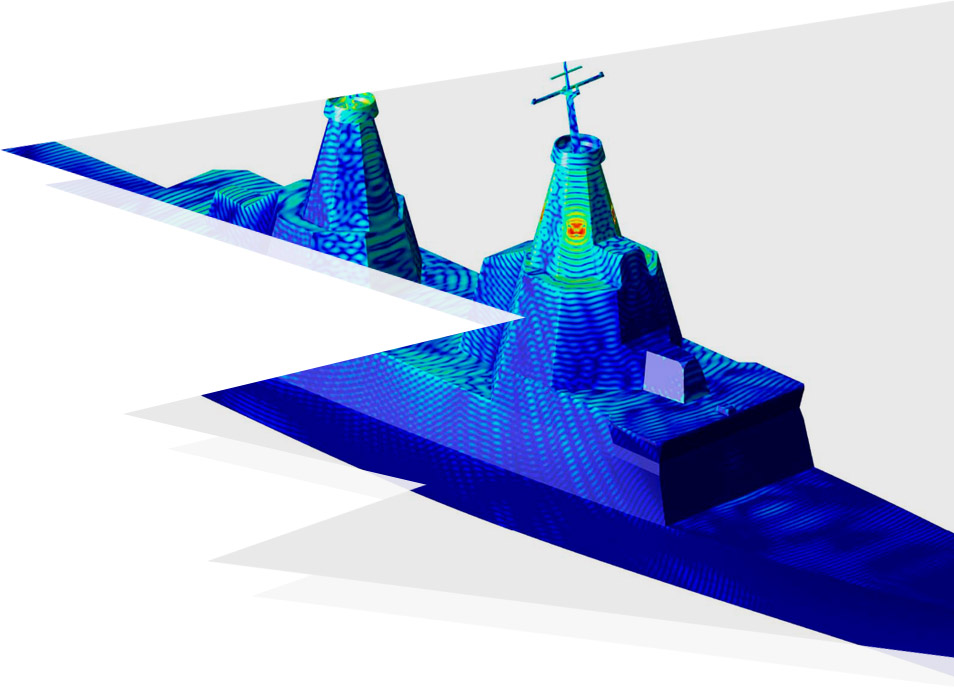